A bike lane is a segment of the road that is marked by signs and stripes for the favourable or exclusive use by cyclists. Bike lanes help bicyclists to ride at their desired speed without intrusion from other road users while facilitating predictability of movement between motorists and cyclists.

People usually confuse bike lanes and cycle tracks. The main difference between the two is the fact that bike lanes do not have any physical barriers that limit interference from motorised traffic like medians and bollards. Normally, bike lanes are in the same direction as traffic and sometimes constructed in the opposite direction in low-traffic passages.

Factors that affect how a bike lane is set out are the conditions of existing traffic, safety buffers to secure bicyclists from both moving and parked vehicles and laws to prohibit interference from motorists.

Buffered bicycle lanes are bicycle passageways whereby, a classified buffer space divides the bike from the bordering motorists lane and adjacent parking lanes.
Buffered bike lanes can be found in streets with high-speed limits and lots of heavy vehicle traffic.

Usually marked with two solid white lines on both edges of the space and a bicycle symbol or word with an arrow, buffer lanes provide the privileges below: 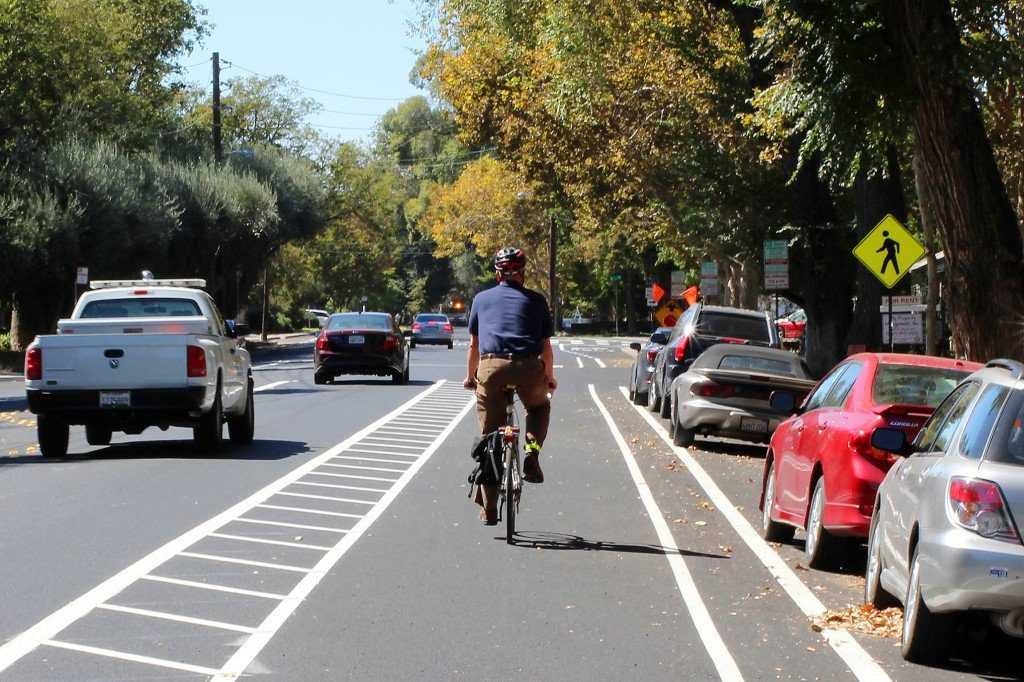 Contra-flow bike lanes are a type of bicycle lanes that are set up to provide space for cyclists to ride in the reverse direction of vehicle motorists direction. In this case, motor vehicles move in one direction while bicycles move in the complete opposite direction like in a two-way road design.
Since some motorists might not expect on-coming cyclists, bikers are advised to be extra cautious.

You can identify contra-flow bike lanes from the bicycle word or symbol and one-way arrow indicators. Some of the benefits of these type of lanes are:

You can find left-side lanes on streets with high parking, a large number of left-turning cyclists and restrictions at rush hour. You can also identify them on roads where traffic enters an added lane on the right hand.

Left-side lanes have the same design as standard bike lanes (the symbol of a bicycle and an arrow). Their advantages include: 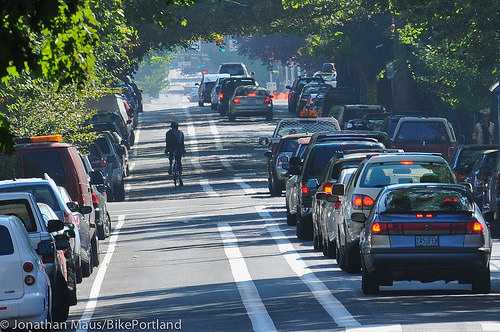 Whether you are a vehicle motorist or cyclist, bike lanes facilitate easier travel by clearly distinguishing who uses which road. It is important to follow the rules and regulations of bikeways if you want to ensure safety when cycling.