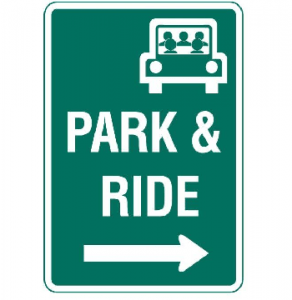 The Park & Ride concept refers to parking lots in the suburbs of the big cities to encourage people to park their vehicles there and go to the city center using public transport, bicycles or car sharing services. These parking lots are usually next to bus or rail stations in order to make the transfer easier, and to promote intermodality between private and public transport.

Park and ride in the US.

Some states in the US have developed statewide park and ride programs and one of them is California. Despite the variation in the operation of those systems state by state, we consider it important to mention some of the details of Californian Park & Ride to give an understanding of the system.

In many cities where the park and ride system has been implemented, many drivers leave their cars in the parking lot and use the public bicycle system to get to the city center. The city of Manchester could work as an example of that. People who choose bikes can also get to the center using a protected bike lane, segregated by Zebra separators.