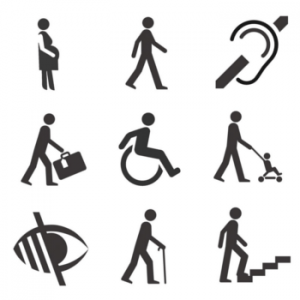 For the time being, the city is at the beginning of the process to make the Universal Accessibility Plan 2018-2026 a reality, to which a budget of 847,000 euros has been awarded. Work is being done on the diagnostic phase, from which they will obtain very interesting data to identify the situation in which the city is located and thus, decide where to move forward.

The Bus Stops Plan is the first of the occupation plan that was carried out in 2017 with the collaboration of Barcelona Activa. This plan has served to collect data at public bus stops and in addition, to see the requirements they meet, to be able to propose improvement proposals.

The access of citizens to transport in a comfortable and safe way is a vital point within the universal accessibility that is intended to be achieved. It is for this reason that the installation of platforms to improve accesibility at bus stops, such as the Vectorial systems designed and manufactured by Zicla, contributes to achieving this goal.

The advantage of these platforms, in addition to improving accessibility and safety on public roads, is that they are manufactured from recycled and recyclable materials.

Which cities are developing an urban accessibility.

END_OF_DOCUMENT_TOKEN_TO_BE_REPLACED

Smart bus stops. What is it and why is it so important.