Why Protected Bike Lanes Save Lives. 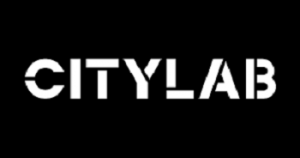 Several weeks ago, painted lines and flexible plastic lane dividers began materializing on Maryland Avenue, one of the major north-south arteries that connect downtown Baltimore to the residential neighborhoods above the city. The resulting 2.6-mile route is called a cycle track, one of the city’s first examples of fully protected bike infrastructure. This new two-lane bike highway eliminated a lane of automobile traffic and 15 parking spaces, to the disgruntlement of many motorists who used the rowhouse-lined thoroughfare as a means of bolting downtown. But it’s a been something of a godsend to bikers, especially those (like me) weary of juking through traffic on a narrow, bus-intensive city streets.

“For some people, it’s completely changed their whole commute,” says Liz Cornish, executive director of the Baltimore City cycling advocacy organization Bikemore, which has been pushing the city and state to built the cycle track for four years. It’s designed, she says, to be the spine of a network of lanes running east-to-west; like the Maryland Avenue track, these will also be buffered from traffic. This kind of dedicated bike infrastructure is a new thing for Baltimore, which boasts but a handful of marked bike lanes and plenty of useless sharrow-posted streets, and Cornish is convinced that it’s the best way to convince skeptical Baltimoreans to embrace cycling at rates similar to bike-friendlier burgs. (The most recent Census data shows that only .7 percent of the city’s residents commute via bike.) “As cities look to increase the number of people riding bikes, they’re finding that better-designed facilities are the ones that really work,” Cornish says.

The transformative virtues of protected bike lanes have been the focus of much research lately. A 2014 study from Portland State University determined that segregated bike paths are not only demonstrably safer for riders, they have the power to lure lapsed riders back aboard their bikes. And in a new paper in the American Journal of Public Health, “Safer Cycling Through Improved Infrastructure,” the authors John Pucher and Ralph Buehler demonstrate that those cities that have invested heavily in fully protected bike paths over the last decade or so have reaped the biggest safety improvements and ridership boosts. “It is not simply a matter of expanding bicycle infrastructure,” the authors write. “The specific type of bicycle infrastructure matters. Several studies show the crucial importance of physical separation of cycling facilities from motor vehicle traffic on heavily traveled roads.”

When it comes to saving lives, bike-lane segregation works.

To show how that effect works nationwide, the study authors compared accident statistics and ridership rates from 10 American cities that are “at the vanguard of building physically separated cycling facilities,” says Pucher, a professor emeritus of urban planning at Rutgers University’s Bloustein School of Planning and Public Policy. In Portland, Oregon, the rate of severe injuries or fatalities per 100,000 trips dropped 72 percent from 2000 to 2015, as the city’s bike network grew by 53 percent and the number of bicycle trips taken by Portlanders climbed a whopping 391 percent. In Minneapolis, the bikeway network grew 113 percent and trips climbed 203 percent while injuries and fatalities dropped 79 percent. Other cities with big safety improvements include New York City (with a 72 percent drop), Chicago (60 percent), Seattle (53 percent), and Washington, D.C. (50 percent). “In all 10 of the cities,” Pucher notes, “the combined number of fatalities and serious injuries … fell sharply compared to the number of daily bike commuters reported by the U.S. Census Bureau in its annual American Community Survey.”

The life-and-limb argument for fully protected bike infrastructure is important on many levels. Traffic-related deaths in the U.S. are rising sharply, a troubling development that, amid other troubling recent developments, isn’t getting that much attention. In the first six months of 2016, fatalities rose more than 10 percent from 2015, a reversal of a four-decade-long trend. The likely cause: We are idiots. More specifically, drivers appear to be increasingly unable to resist fiddling with smartphones. As a cursory glance at traffic will tell you, the odds are good that the guy drifting into your lane or sailing through that stop sign is peering down at a mobile device.

For bicyclists, the swift erosion of America’s driving abilities is yet another reason to admit that the cause of “vehicular cycling”—the safe-biking philosophy that says bikes should ride assertively rather than cower at the side of the road—is increasingly compromised by reality, and thus the intra-cyclist civil war that’s raged for decades over the issue should be put to rest. “Vehicular cycling doesn’t work: Where there aren’t bike facilities, there are more accidents and more injuries,” says Pucher. “There’s all sorts of weird cultural factors behind the defense of vehicular cycling, but all the evidence shows that separate facilities are much safer. In particular, you’re much less likely to get killed, because most crashes don’t involve motor vehicles. And when you look at what planners are actually doing, there’s a very clear preference for separate facilities.”

Separated bike lanes are particularly effective, Bikemore’s Cornish says, when combined with the bike-share systems that have emerged nationwide over the last several years. After several false starts, Baltimore’s first bike-share program also opened in October, with a modest network of 20 stations and 200 bikes (almost half are electric-assist “pedelec” rigs) and plans to install more come spring. Pitched to tourists toodling around the city’s Inner Harbor, the program is likely to draw less-experienced cyclists. “You’re talking about people riding heavier, upright, slower-moving bikes, and asking them to mix with traffic,” Cornish says. “They’re not as confident. To me, to get those people engaged with riding in the city again, that’s where these facilities comes into place.”

Pucher also stresses this point: “The more physically separate cycling facilities provided, the more cycling levels grow, and in particular, the more women, children, and seniors are willing to cycle,” he says.

The message seems to be that, for those who mourn the buccaneering spirit of ‘70s-style urban biking, well, knock yourself out. The rest of us will be over in the bike lane.