The superblock in the Sant Antoni district of Barcelona is surrounded by bike lanes.

Barcelona is a leading city in the context of traffic calming in the streets, based on creating superblocks. This model of urban development consists of linking nine blocks of buildings and routing vehicles along a single lane in the roads surrounding the group of blocks, leaving the crossroads inside free for pedestrians and bicycles. Although cyclists can ride inside the superblocks, the projects also include bike lanes running along the streets surrounding them.

The bike lane running along Carrer Tamarit beside the iconic market of the Sant Antoni district has made it possible to connect the Carrer Urgell bike lane with the one in Carrer Calabria. This project to densify the network of bike lanes in the Catalan capital forms part of the project to create a network making it possible for any citizen to have a bike lane less than 300 meters from their home.

The connection of the bike lanes in Carrer Manso and Carrer Calabria has been achieved by building a two-way bike lane segregated from other wheeled traffic by ZICLA Zebra® 13 separators.

The Zebra® separator, installed in dozens of cities all over the world, makes it possible to improve road safety and the mobility of sidewalk users. This line of products has three models varying in height: the Zebra® 13 (13cm), the Zebra® 9 (9cm) and the Zebra® 5 (5cm).

The Zebra® separator is a product made with various recycled plastics. It offers great visibility, lasts a long time and is fully recyclable. It is also an element for channeling traffic. It allows rainwater to flow across it and cyclists can exit the bike lane if they need to. 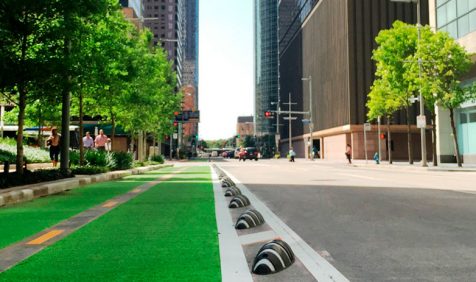 A well-connected and safe bike infrastructure in Houston, Texas.

END_OF_DOCUMENT_TOKEN_TO_BE_REPLACED 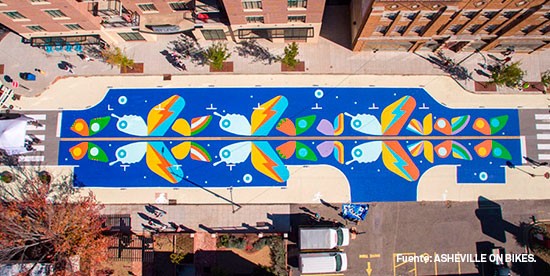