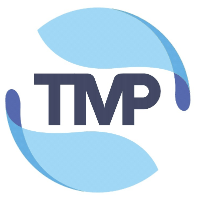 According to studies carried out in the United Kingdom, in 2050 70% of the population will live in urban areas; which will force cities to face, sooner or later, to find solutions to ensure a safe and environmentally friendly mobility. In this context, the use of bicycles are increasingly associated as an effective and sustainable alternative to move around the urban centers.
One way to boost the use of bicycles in cities is to improve the safety on bike lanes. To this end, the British company TMP (Traffic Management Product) has launched RideSafe®, an approach that includes traffic products specially designed to improve the safety of cyclists when driving on city bike lanes.

As a member of the ARTSM (Association for Road Traffic Safety & Management), TMP actively supports safety on highways, urban roads, and bicycle lanes.

Zicla products that are part of the RideSafe® initiative.

Among Zicla’s products included in the TMP RideSafe® initiative is the Zebra bike lane separator; which acts as a protective barrier for cyclists riding on bike lanes. This separator can already be found in Manchester, London and other English cities as well; it was included in the bike lane design guide edited by Transport for Greater Manchester and is fabricated from plastic waste.

RideSafe® also includes the Zipper system, a modular element that segregates traffic flows,  formed by two pieces of high visibility thanks to its retroreflective bands, made with PVC residues and presented in the UK during the last Traffex fair. Likewise, as part of the RideSafe® offer is Zicla’s Zebra planter;  designed to separate bicycle and pedestrian flows on bike lanes running on sidewalks and also manufactured with linear polyethylene residues.