First European standard on accessibility of the built environment: NE 17210.

The European standards bodies CEN and CENELEC have approved and published the first European standard on the accessibility of the built environment: NE 17210. It should be noted that this standard was led by the ONCE Foundation and the Spanish Association for Standardization, UNE.

NE 17210 is a breakthrough for inclusive environments. This standard sets out the basic requirements and recommendations for creating an accessible and safe built environment.

The document contemplates diverse people and understands accessibility as something relevant for the entire population. Although the focus is on the needs of the most vulnerable groups such as people with functional diversity, older people and children, or those with temporary disabilities, accessibility affects all citizens and is a universal right.

These are some of the requirements set out in Standard EN 17210:

A functional requirement is one that responds to human activities, functions, and needs. There is no single criterion for its resolution. It, therefore, provides an opportunity to incorporate different technical solutions, for the different cultural, climatic, geographical, etc. circumstances of each European region.

ZICLA and accessibility in cities.

Since 2010 ZICLA has worked to improve accessibility in cities. An example of this is its Vectorial® system which was the result of an ecodesign project carried out with the focus on design for all. This system allows building in a fast, simple, and economic way, semi-permanent modular platforms with multiple configurations that get the same result as the permanent work, but without definitely compromising the use of the road. 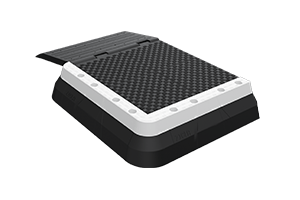 The Vectorial® system allows you to quickly transform urban space and improve accessibility at bus stops. It also allows to resolve the conflict between bike lanes and bus stops, and build shelters for pedestrians in a very short time. It is made up of modules that fit together, which makes it possible to build very different configurations.

END_OF_DOCUMENT_TOKEN_TO_BE_REPLACED

In Barcelona, citizens with disabilities are in charge of the accessibility diagnosis.