What is the Circular Economy Hotspot? 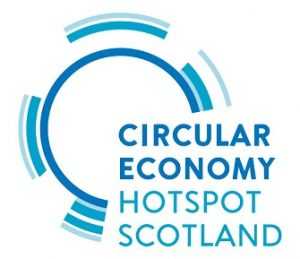 The Circular Economy Hotspot was a major international event that showcased Scotland’s progressive approach to developing a circular economy and the best of its burgeoning circular businesses to a global audience. Hosted by Zero Waste Scotland, the programme included visits to pioneering Scottish businesses, sessions led by the leading names in circular economy policy and innovation, and extensive networking opportunities.

What has been going on during the Circular Economy Hotspot in Scotland?

During the three days of the event we have been able to listen to many experts talking about all aspects of the Circular Economy.

The main idea that could be used to summarize what was discussed there is that we are now at a point where we have understood what the Circular Economy means, but we still need the tools to put it into practice successfully. To do this, we need to cooperate. In fact, COOPERATION and COLLABORATION have been two of the most often repeated words during the three days of the event, after CIRCULAR ECONOMY of course.

Now it is the time to all start working together towards a shift in our way of life. As citizens, all of us have a great power to act, as Rebecca Rickets, Senior Project Manager of Circular Glasgow at the Glasgow Chamber of Commerce, stated in her presentation “It takes many people working collaboratively to create an impact.” We need to keep this in mind.

We returned to Barcelona highly motivated by seeing that more people are gradually becoming aware of the fact that a change is needed, and we are also pleased that we all know what the key to achieving this is.

On top of this, on the last day of the event, it was announced that Catalonia will be hosting the 2020 Circular Economy Hotspot. We have two years to make progress towards a Circular Economy Model and we hope to be able to talk about positive developments when Barcelona is the host city. All of us need to work hard for this to happen.

Catalonia and the Circular Economy.

As highlighted in the Catalan Government’s proposal, the Government has been promoting the Circular Economy for some time, for example, by approving the circular and green economy strategy, the national agreement for industry and the eco-design strategy. Initiatives and regulations like these have made this region a model of how to work towards more sustainable economic models.